A last while-I’m-out-of-the-country guest post, this one from Hillary, who got me to start blogging in the first place. Thanks once again, Hillary!

I think my parents started learning to cook in earnest in the mid-1980s, when they were broke and newly married college students. My mom liked baked goods, and my dad liked the French food he’d grown up on, but neither of them had any money to buy that sort of thing pre-made. And so they set to work with a few basic cookbooks and all the PBS cooking shows they could watch. My father was notorious for “babysitting” me while flipping back and forth between The Frugal Gourmet and He-Man.

This recipe for gougéres (pronounced “goo-ZHAIR”) comes from those days. I asked my mother if it came from Good Housekeeping and she snorted and said something along the lines of “Yeah, in 1983.” Like a lot of recipes from the ‘80s, it’s theoretically French. Also like a lot of recipes from that time, I’m not totally sure that a French person would recognize it. It has Cheddar, for one thing, and even though it’s supposed to be a variation on a choux pastry, I don’t think I’ve ever really seen these puff like choux should. (This is clearly the fault of the recipe, because Robin Eason can make an eclair rise like nobody’s business.) (Robin Eason is my mom.)

But here’s the thing: none of that matters. These are delicious and easy; they were Mom’s go-to whenever someone needed a baked good on short notice (this is probably why Corinne and I are friends, because she understands that this happens more often than you might expect). [eds. note: Yes. Very yes.] You almost definitely have all of the ingredients you need. Technically, yes, they’re best right out of the oven, but I promise you that you can eat them at room temperature or even cold and you’ll find them just fine. And they’re great as a portable snack – they travel well and have more protein than a straight carb snack like a roll. As a matter of fact, one of the reasons I chose to make these is because I have an early train tomorrow and I’m going to need breakfast. The other reason is that I didn’t have much time or the ingredients for anything else. The recipe may be from 1983, but some things never change.

So here’s how we do this:

Start by preparing half a package of your preferred bacon. You can fry it if you like, but I really cannot encourage you enough to try it in the oven – it’s a million times less messy and doesn’t make your kitchen smell like bacon for three days. I actually put some brown sugar on it to see if it would improve the gougére overall, but it wasn’t really noticeable, so I wouldn’t bother. If you choose to bake it, use a foil-covered pan and put the oven at 375 degrees or so. Start checking on it after ten minutes.

Please note that your preferred bacon is not turkey bacon. If you don’t have real bacon, use ham. If you don’t eat pork, leave it out.

Next, grate about a cup of Cheddar – it’s not used for a few steps, but you’ll want to get everything put together pretty quickly, so it’s good to have it prepared. This is not the place for some sort of cloth-bound raw milk business, as it’s going to be mixed with a lot of other ingredients and the subtleties would be lost; however, you are using a lot of it, so this is also not the place for your taco shreds. A sharp or extra-sharp Cracker Barrel or Cabot would be perfect, and the former is what I used.

When the bacon’s in the oven and the cheese is shredded, combine a cup of water and a stick of salted butter in a pan and turn the heat to medium-high. Cook it until the butter is melted and the water has boiled – it won’t take too long.

Once that’s melted, turn off the heat, let it cool for a minute, and then add 1¼ cup flour and ½ teaspoon dry mustard. If you don’t have dry mustard, you can substitute about a teaspoon of Dijon or brown mustard. (I can’t make any promises about yellow.) Stir it with a wooden spoon until the mixture forms a ball and leaves the sides of the pan – don’t use beaters for this, mostly because the liquid is still pretty hot. It’s hard to stir but doesn’t take long.

Now: add four eggs, one at a time. It’s okay to use an electric mixer at this point, and it’s probably easier. Do, however, make sure you do each egg individually, because the dough is too thick for multiple eggs to be integrated at the same time.

At this point, you have probably taken out the bacon:

You’re going to want to add the cheese and the bacon (crumbled, obviously) into the batter. I generally use kitchen scissors to crumble bacon, and a lot of people have made fun of me for this, but I legitimately don’t understand why. It’s a lot faster and less messy.

Once you’ve blended it all, you’ll spoon or pipe it onto a pan you’ve greased (you can use a Silpat, or spray oil + flour, but I used a little bit of spilled bacon grease and some cornmeal. My mom probably wants me to remind you that this is bad for you, but I will say that the bottoms turned out crispy and, quite frankly, perfect). I just filled a gallon Ziploc and cut off the corner to make a piping bag.

Mom always has them touch a little bit – I think maybe it helps them retain their structure, but I’m not sure. In my efforts to do this, I inadvertently made the Green Lantern symbol. 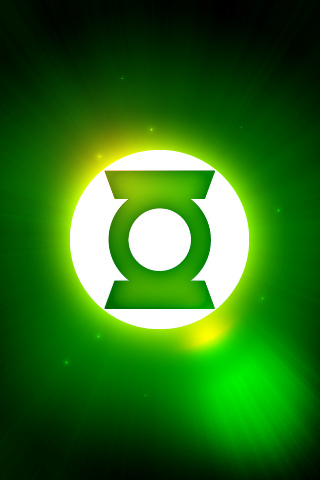 Bake them at 375 degrees for 35 minutes, or until they turn golden brown. Do NOT open the oven door until you are pretty sure they’re close to done, or they might fall.

1) The Internet is full of information about how to prevent your choux pastry from falling, with suggestions ranging from multiple oven temperatures to how to mix. Honestly, they might work here. I’ve just never bothered to try them.

2) You’ll notice that this recipe has no salt in it. Between the Cheddar, the bacon, and the salted butter, you don’t really need any (and I like salt). If you choose to go with unsalted butter, start by adding ¼ teaspoon of salt to the batter after the eggs and increasing to taste.

Preheat the oven to 375 degrees, and prepare a cookie sheet by greasing it and sprinkling cornmeal or flour (or use a Silpat). Fry or bake the bacon, drain, and crumble.  Shred the cheese.

Once these ingredients are prepared, heat water and butter in a two-quart pan until the butter melts and the water starts to boil.  With a wooden spoon, stir in flour and mustard all at once until the mixture forms a ball and leaves the sides of the pan.  Remove from heat.  Add eggs one at a time.  Beat well after each one (you can use a mixer for this).  Beat in cheese and bacon.  Drop in mounds in a circle on your cookie sheet.  Bake 35 minutes, or until golden.

My name's Corinne, and I like cake, cookies, and chocolate! Also, non-c-things such as ponies, Star Trek, and biking. I write a food blog and a blog about life, wide open spaces, and museum work. Nice to meet you!
View all posts by sparecake →
This entry was posted in Breakfast, Snack and tagged bacon, Cheddar, choux, gougere, Guest Post. Bookmark the permalink.